Is there really a Magic Pill that makes troubles go away?

I have seen a couple of clients, children even, who have been taking medications for years. I wonder how effective the medication truly is if the person has to consume it for 10 years and they’re still not getting any long term benefits. One of my clients, a boy the age of 11 was prescribed medication for his hyperactivity. His teachers complained of how rowdy and inattentive he was in class, and sent him to the school counselor who suspected that there could be something psychologically misplaced in the boy. So, just as all worried mum are, he was brought to see a psychiatrist.

The reason why I’m writing this is because I just read a blog that touched something close to my heart. Do psychiatric medications really help? According to the research in the blog, it actually causes more harm than good. Read it here. This account is of my client who I have helped. He is now med-free and extremely happy.

The psychiatrist gave both him and his mum a survey form to fill out, then talked to him for 10 mins before spending the rest of the time talking to the mom. He prescribed medication and sent him off. When the boy started his medication, his behavior in school became mellower. He was quieter in class and according to the teacher, he was behaving better and paying attention more. Subsequent visits to the psychiatrist ensued. Surprisingly, instead of seeing the boy, the psychiatrist only saw the mum. I wonder if this is part of common practice. The mum came to me because she wanted me to use hypnotherapy to help her child study better in school. He has been scoring badly ever since he started his medication. 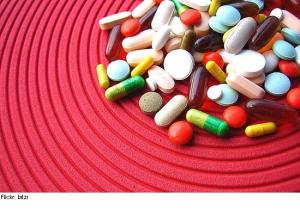 Oh They Look SO Colorful! I wanna have 1!!

It’s curious to know that the mum doesn’t know the effects of the medication and yet she lets him take it. Isn’t it obvious that he’s behaving better in school because the medication has slowed his system down? And when his system is slowed down, its no wonder his cognitive processing abilities are not tip top.  I know that I can’t just draw a causation or a correlation from this but isn’t it strange that his results dropped the moment he started taking medication? His mum fervently defended the medication, saying that it’s helping him; He’s behaving better; The school teachers like him more; But she hasn’t asked him how he felt. I asked him, and he meekly said: ” TK, I feel like I’m always floating. I always feel like I don’t have enough strength to do anything.”

I didn’t advise the mum to stop the medication because professionally I am unable to. But I did point out a few observations to her. The boy continued to see me. I helped him to align his intentions with his dreams and the results were amazing. His mum asked me what drug did I feed him, “Why is he suddenly studying so much more?!” Well, I fed him a dream. He didn’t do well in school not because he had “ADHD”. He didn’t do well because he didn’t have a dream.

I fervently, fanatically,strongly believe that when you have a problem, don’t look outside for the solution. Most times, the answers lie inside of you. I sincerely hope that my account of my client can help you if you are reading this.