The Cruel Ways of Expectation 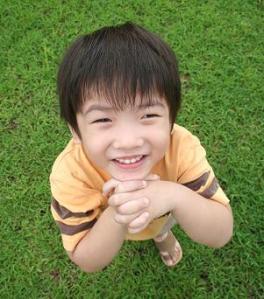 Hypnotherapy in Singapore has made the news! Last monday, an article about hypnosis was published on our local paper. After the article was published, there were an increased number of appointments over the past week. Although the article did end with a cautionary note from a psychiatrist who didn’t know much about hypnosis, it is still a good read. There is one problem though, when parents send their children to see us hypnotherapists, sometimes, the problems do not lie solely with the children.

An experiment was conducted in a New York Public School on 500 elementary students. The student body was split neatly in half. groups A & B. Both groups were given the same test paper to do. At the end of the test, no matter the outcome of the test, students in Group A were complimented for their intelligence, their good grades and they were reminded to keep up their grades. Students in Group B in contrast were complimented for their effort placed in attempting the test and to keep up the great work. After 3 months, both groups were given a much harder test. Guess which group on average scored higher!

Group B scored significantly higher than Group A! Psychologists interviewed some of the students from both groups and found some interesting data. Students from Group A liked being acknowledged as intelligent people yet when they were given a tougher test to do, they could not perform as well as they normally would because they feel like they were expected to score well in the test. In the end, the pressure from this expectation becomes so great that they make more errors in their tests. Students in Group B however had no pressure to perform and instead enjoyed taking their test.

So back to my new clients and their parents. I found that in every one of my clients, their parents do place much expectation onto them. You can’t blame the parents. All parents want their children to do better than what they can. Its just the method of expression could be slightly tweaked. I always emphasized that results do matter, just not as much as the process of doing what you do. Place more emphasis in attaining excellence in whatever you do be it sport, work, sales or your office job and you will find results following naturally. There is too much emphasis placed on the end results that sometimes, we forget to enjoy the journey.

Have fun in your next adventure! Bump!